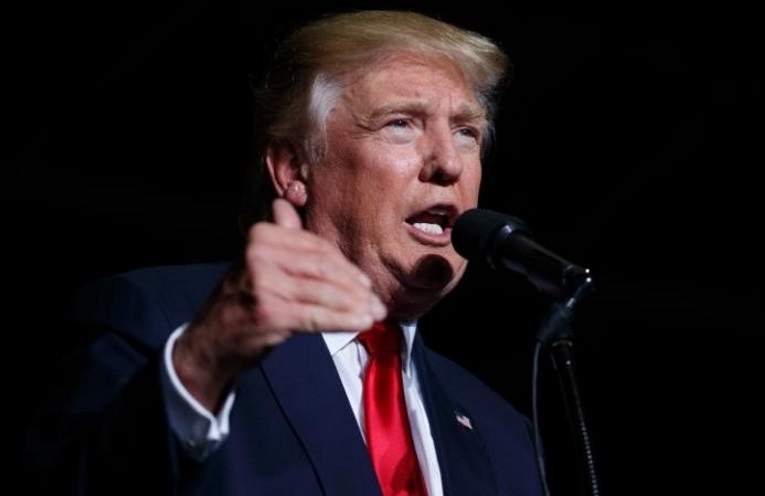 Donald Trump has edged ahead of Hillary Clinton in a major national poll taken in the wake of her latest email scandal.

The results were within the poll’s margin of error, placing the two candidates in a statistical tie. But it was the first time the Republican nominee has led in that poll since May, and he was recently down by as much as 12 points.

Mr Trump led 46 per cent to 45 per cent. He had trailed by one point in the same poll as of Sunday.

Libertarian candidate Gary Johnson and Green candidate Jill Stein polled the low single digits. The new survey was taken from Oct 27 to Oct 30. That meant many of those questioned had a chance to react to FBI Director James Comey’s announcement, on Oct 28, that new Clinton-related emails had been found.

Those emails could be “pertinent” to an FBI investigation into Mrs Clinton’s use of a private server while she was US Secretary of State.

Some 53 per cent of Trump supporters in the poll said they were “very enthusiastic” about their candidate. Only 45 per cent said the same for Mrs Clinton.

Her figure was down by eight points from before the email revelation. Gary Langer, the pollster who carried out the survey, said: “Either way the results are exceedingly close.”

Another poll released on Tuesday showed Mrs Clinton leading 47 per cent to 41 per cent. The NBC News/Survey Monkey poll was taken between October 24-30, meaning the majority of the sample came before Mr Comey’s announcement.