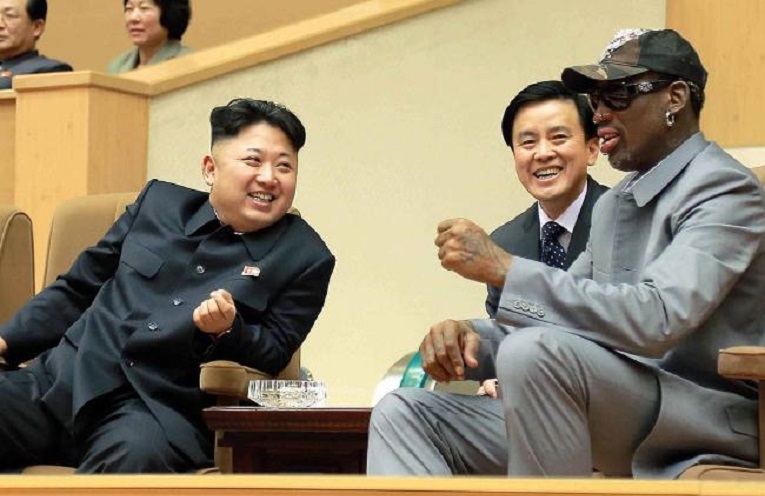 WITH the free world on eggshells over North Korea’s nukes, Dennis Rodman insists in a new interview that his “little guy” pal Kim Jong Un is “just like anybody else,” and even told him, “I don’t want to bomb anyone.”

He adds that the kooky, missile-parading despot loves the US so much he listens to Rocky and Dallas theme songs for hours on end.

Rodman has visited North Korea six times since 2013 and is so close with its supreme leader, he explains to DuJour Magazine, “No one’s ever held his baby before but me.” 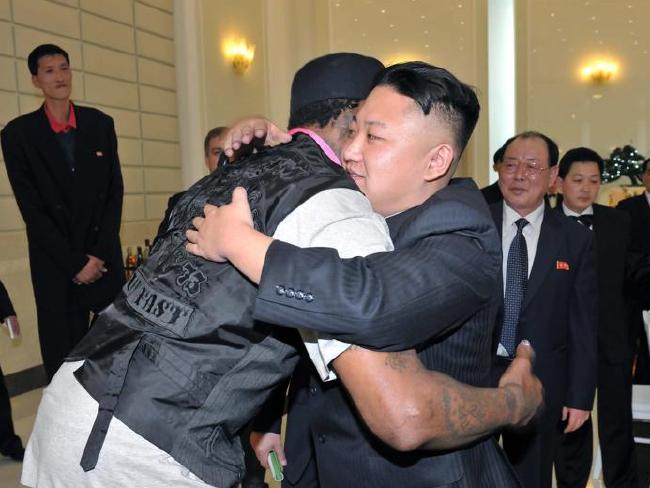 “When he’s around his people, he’s just like anybody else,” he adds of Kim, reports the New York Post.

“He jokes and loves playing basketball, table tennis, pool. They love American ’80s music. They do karaoke … He has this 13-piece girls’ band with violins … He loves the Doors and Jimi Hendrix … When I first went, the live band only played two songs for four hours: the theme songs from Rocky and Dallas.”

But Rodman adds to DuJour, “When I first went there it was so … communist. Dry and dreary … like ‘The Walking Dead.’ But the third time I went there, wow. [Pyongyang] changed a lot … [Kim] is building all these new condos and hotels. He built the largest water park in the world, a ski resort and this big bowling alley.”

Rodman also says he was “shocked” to visit the “frozen” bodies of Kim Jong-un’s grandfather and father in a mausoleum.

Rodman says, “The grandfather is in the middle of the room … and he’s frozen. That’s a true story!” Rodman reports, “150,000 people go in a day. They have to wear black suits. You see them crying the whole time.”

Of Kim’s nuclear plans, Rodman adds, “He’s saying the reason why they have the nuclear bombs is because they know that Americans think they can take over.

He says, ‘I don’t want to bomb anyone. But we keep our nuclear weapons because we’re such a small country — that’s the only way we can defend ourselves.’ They just want people in America and the government to know they don’t hate Americans. They want to work with Americans.”

This article first appeared in the New York Post.