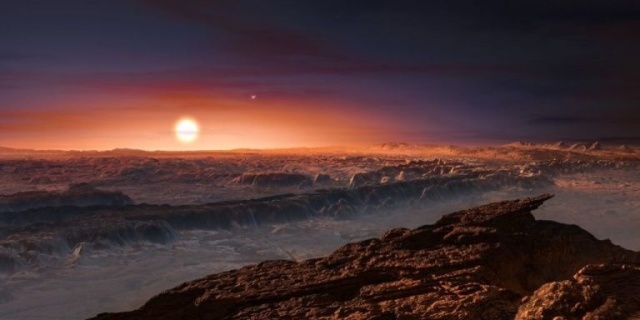 Yesterday the astronomers announced that the discovered planet is likely to be very similar to ours, outside our solar system, orbiting its closest star – “Proxima Centauri”.

The planet is hot enough to have liquid water, almost certainly has a rocky surface and probably its own atmosphere.

It is located only 4.2 light years away from Earth, so scientists believe this may be the nearest Earth-like planet outside our solar system.

The newly discovered planet is temporarily called “Proxima B” by its inventors, an international team led by Guilem Anglada-escudos from Queen Mary University in London.

“Proxima B” is about 30% larger than Earth and orbits close to the star that is cooler and smaller than our Sun.

“What’s amazing is how close it is. There is nothing in physics that would prevent us to send a probe to the planet in the coming decades, even with current technology,” said Jeff Kaglin NASA.

In order to understand what we know about this planet, first we need to understand how it is discovered. The astronomers still have not directly seen the planet or have made photographs of it. But, “Proxima B” was found after analyzing 16 years of telescopic images of the star on the planet “Proxima Centauri”.

Once we have combined these images, scientists discovered a planet located within walking distance of the star. They noticed that the star is approaching and moving away from the planet every 11 days and a few hours. The move was revealed by monitoring the brightness of the star through the Doppler effect.